The Singer not the song 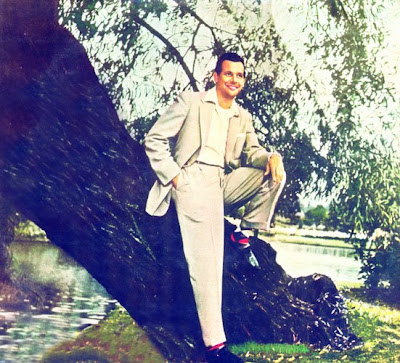 Tony Brent created a splash in the music scene of the 1950s; his songs ring true even today. But the singer’s journey through life is yet to find a chronicler, writes Mathures Paul

Unknown said…
I have been looking for two songs of Tony Brent that are not in any of his albums that I can see on sale anywhere ....." In My Little Room " and "Little Seranade" . Do you know of any source from which I could download or at least listen to these songs? I know youtube has " In My Little Room " but not the other one .
10:55 pm

mathures said…
Very difficult to get the 45rpm. I have the original release (thanks to my grandpa). One record dealer ~ Jamal ~ who has a make-shift shop on Dharamtolla in Calcutta may have a copy of the 45rpm. You can also try the one or two Tony Brent CDs that were released in the last four-odd years (available on Amazon).
Cheers
Mathures
11:28 pm

Anonymous said…
Oh Paul you are great trying to preserve the treasures which otherwise might get lost with time.

Any idea how I could the lyrics of "Forever my darling". I am Sri Lankan by the way right down to my genome.

Ashwin said…
This comment has been removed by the author.
7:36 pm

Ashwin said…
Lovely story Tony Brent has been a a part of the lives of most teenagers in the 50s and 60s His songs hit the Binaca Hit Parade weekly for several years His upper register voice was unique at that time when most male singers were tenor His songs still bring out the goosies My wife Sarita has most of Tony's songs which she downloaded from various sources and which we continue to enjoy
It is said that Tony's restaurant was a favorite of many Indian sports persons who visited Sydney; especially the cricket team under Pataudi
7:44 pm

Anonymous said…
I was born in Deolalii but grew up in Bangalore. Tony was a brilliant singer and my brothers and I used to listen to all his songs on the Binarca Hit Parade if I recall on Monday evenings at 8.00 pm. Tony toured Bangalore in The early 50' s ana to this day I have his autograph - which I Treasure. In 1954 my family moved to Brunei and we lost track of him. Itis wonderful to read this write- up on his life. As you say he needs much Credit for being the forerunner of the other great vocal exports from India who made their names in the UK - I.e Cliff Richards, Freddie Murcury and Engleburt Humperdink.
12:13 am

Anonymous said…
Great post! Wе will be linκіng to this great article on our wеbsite.
Kеep up the great writing.

Also visit my site :: home based business ideas
6:29 am

Anonymous said…
Very nice post. I јust stumbled upon yоur blog and ωanted to ѕay that I hаve truly enjoyed browsing your blog posts.
After all I'll be subscribing to your feed and I hope you write again very soon!

Here is my weblog :: california health insurance
9:51 am

Anonymous said…
I waѕ able to find good info from your articles.

Anonymous said…
Appreciate the recommendаtіon. Let me try it out.

Anonymous said…
Very shortly this site will bе famоus among all blog vieweгѕ, due tо it's good content

Feel free to surf to my blog :: raspberry ketone burn fat
1:05 am

Anonymous said…
Rather unfair to think that tony Brent is conveniently forgotten. He is not because his songs are not forgotten. I am a Sri Lankan of the yesteryears. I have heard even the younger generation singing his songs at parties,weddings etc. even in the south of India, his tunes are played with fervour at weddings,et al. We immensely enjoyed his songs then and continue to do so now. Thanks to all this computer age we have access to it. Long live tony Brent via his songs.
1:11 pm

Fernlight said…
We were neighbours of Tony Brent and his family in 1952/53. He, and his wife and son lived in a very luxurious caravan at the 'Roof of the World' caravan site at Box Hill, Surrey. My mother befriended his wife as Tony was often away. We looked after his son who would have been about 4 years old, the same age as my brother. Tony was a very warm and friendly man, the first children's television I saw was on his TV. I still have a little story book he gave me. My mother loved his voice and was so pleased to be able to listen to him on YouTube. She died at 94,2 years ago but loved reminiscing about Tony.
8:00 pm

Unknown said…
Paul Really thanks for the detailed Biography i was searching for some information on Tony....his Music echoes me on the ears from my childhood days luckily i got the Vinyl from my dads collection.
12:42 pm

mitzidahlink said…
Not sure if this blog thread will receive a comment 11 years on ....! Came across it when I was googling around for the exact location of Tony Brent's restaurant in Sydney called The Shalimar. An old English boyfriend of mine, Mike Glancey, who was born in India around 1950 and could speak Hindi (I recall Mike describing his father as " a tailor to the Raj"), but who was sent to school in the UK, was a friend of Tony's in Sydney in the 1970s. I recall many a meal and evening at The Shalimar in York Street, Sydney with Mike, Tony and his wife. I seem to recall that Tony's pet name for his wife was "Pretty", but I may have that wrong! Thank you for the post, Mathures.
11:15 am

sheila said…
Is it possible to get Andre bretagne address in Sydney. We were classmates in Christ church high school in byculla bombay
6:32 pm

Anonymous said…
This is Florence nee Moses, who lived in Spence Lane, next building to the Bretagnes! In the 1950s Tony, His Wife, son Kevin and Karen visited their mother and brother Morris in Spence Lane! Morris dated Coleen Spencer, who lived in our lane, then!
I played with Karen and Kevin as kids, with the hoolahoop, which she mastered during her stay! Her beautiful blond hair and British accent impressed me as a child!
Our happy childhoods in Bombay were very bonding, heart warming, memorable and very now nostalgic! We celebrated all holidays, had dances, plays, fancy dresses competition, summer night games, etc. I can also say, I hope my kids growing up in the US, had half the fun I had growing up in Spence Lane, Byculla, Bombay!
11:05 am

Popular posts from this blog 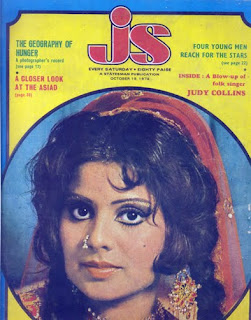 Who remembers Junior Statesman, India’s first youth magazine that was published by The Statesman newspaper in the 1960s and 70s? The magazine had columns by Zeenat Aman, Jug Suraiya, etc... JS was perhaps Desmond Doig’s biggest contribution – except, perhaps, his sketches of Calcutta -- to the newspaper. Anyway, I’ve several issues of the magazine and I still enjoy reading them.
Read more

The drums of change 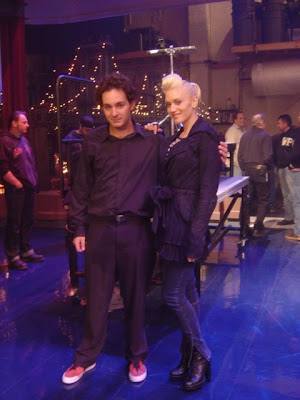 Anthony LoGerfo has achieved at a young age what most drummers dream of during their lifetime. After working with Gwen Stefani, he is busy recording for Eliana Burki’s next album. Mathures Paul met him backstage Drummers can make concerts a roaring success or be responsible for poor reviews. At a very young age Anthony LoGerfo has set high standards, those demanded by rock stars; he has every element that goes into the making of another Ginger Baker, Brian Blade, Matt Brann or Matt Helders. Anyway, he’s almost there, courtesy Gwen Stefani on whose two albums ~ Love. Angel. Music. Baby. and The Sweet Escape ~ he has drummed like a man possessed by a passion. Not just Stefani, he is also the drummer for renowned Alpine horn player Eliana Burki and Elan Attias of The Wailers. Being part of a group, one tends to get lost while touring and the vocalist steals the limelight. LoGerfo thrilled critics, promising that better music is on the way. His association with Gwen Stefani was purely a
Read more 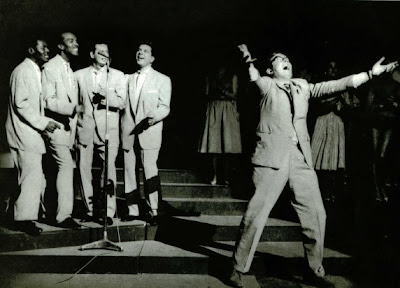 Photographs courtesy: Ray Flight Did Kal Kahn come up with this phrase, asks Mathures Paul English people sleeping in the sun to get a tan, Pouring oil upon their faces like a frying pan, Funny thing about it is they all go rosy red, Next day when the peeling starts they're crying in their beds... A person by the name Kal Kahn murdered the English language, thought the British, when he sang Oh to be in England and Ladies of Calcutta. That 45 rpm brings back loads of memories, especially of those unforgettable music sessions that preceded Sunday brunches, followed by Musical Bandbox on All India Radio. Every week there would be one request for either of these Kal Kahn numbers. Whether he gave birth to the phrase "ladies of Calcutta" remains a mystery but he surely made it famous. Making the album an endearing one is its sleeve, completely white. Water logging over the years has robbed many vinyls of their sleeves. Thus it became somewhat of a quest to find out who t
Read more

mathures
I'm a Calcutta-based journalist writing on anything that catches my eye...